Philippe Dauman has extended his contract as president and CEO of US media giant Viacom by another two years. 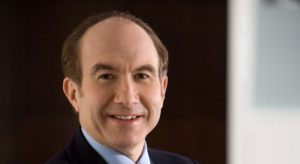 Dauman, heavily tipped to inherit Sumner Redstone’s empire upon the 91-year-old mogul’s passing, will remain in his post until December 31, 2018 after signing the new deal.

“Philippe has been my long-term partner in building Viacom into the global entertainment powerhouse that it is today,” said Redstone, who owns Viacom and CBS Corp. through his National Amusements theatre company.

“He has been an extraordinary CEO over more than eight years and his strategic vision and creative leadership have delivered consistently outstanding operational and financial results.”

Dauman has been president and CEO since 2006, having sat on Viacom’s board since 1987. He is also a National Amusements director.

Redstone has indicated in interviews he expects Dauman to take over his wider business at some stage, though he is thought to vie for the job with CBS president and CEO Les Moonves, who has grown the CBS broadcast network into the US’s largest channel by ratings.

Moonves recently extended his contract to the end of 2019, at which point he has the option to launch a CBS-backed production company.

Dauman, one of the US’s highest-paid CEOs, will keep the same basic salary terms and be eligible for performance-based compensation and equity awards.