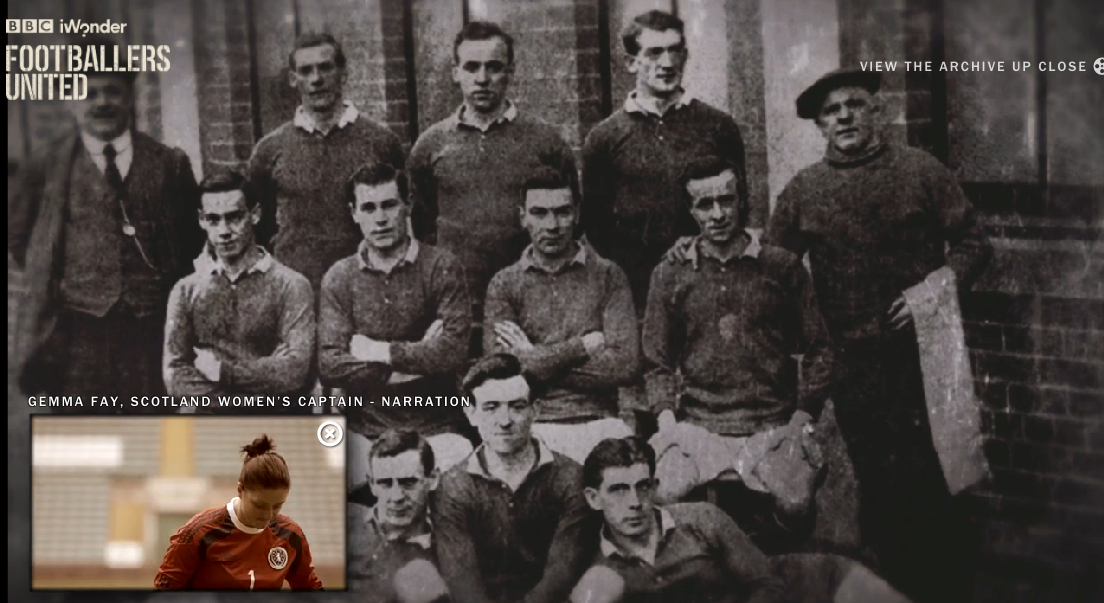 The BBC is launching Footballers United, an interactive drama to tie in with its World War One season that will combine video, audio, image and text content.

The five-chapter multiplatform story combines fictional and archived content to tell the story of a community of characters focused around Scottish football team Heart of Midlothian from 1914-1919.

The drama follows the stories of men and women whose lives were changed by the First World War and was produced by Somethin’ Else with Alex Winckler (My Mad Fat Diary, Hollyoaks) on directing duties. BBC Learning commissioned the drama.

Footballers United will be available via desktop, mobile and tablet from a dedicated webpage, with each part of the story acting as a standalone piece of content that is shareable online. An interactive timeline also prompts the audience to access related archive content.

“BBC Learning is exploring new and innovative ways for the BBC to create engaging, informative and entertaining content for our audiences, and Footballers United is a perfect example of this. This interactive drama blends high-quality video with archived content in a way we’ve never done before; which not only gives the story depth but brings an important topic like WW1 to a new and contemporary audience,” said Sinead Rocks, head of BBC Learning.

Speaking at the UnBound Digital conference in London earlier this week, BBC  Worldwide’s vice-president of global digital strategy and new business development, Chris Whiteley said that new creative formats are an interesting area for growth in the coming years.

“I’m a firm believer that there will always be a role for big-budget, really high production drama,” said Whiteley.

However, he also predicted the “polarisation of production budgets” with costs to become far more accessible to “huge swathes of TV,” and tipped the emergence of new types of content that will “capture the imagination in a different way.”