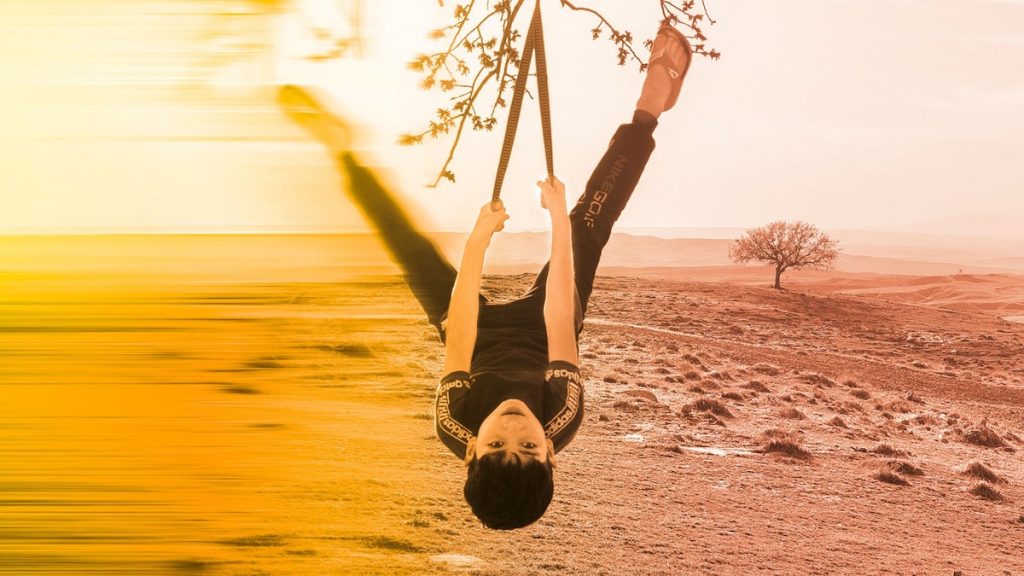 French broadcasters were out in force at Fipadoc last week in Biarritz, with true crime, miniseries, impact docs and history shows emerging as the major trends. The troubles of the world also invited themselves, writes Marie-Agnès Bruneau.

Although 2023 might be only one month in, demand for quality factual programming is only increasing.

Traditional broadcasters are answering competition from the streamers by embracing documentary miniseries and true crime, and its the serialised nature of shows that’s driving demand on their own digital platforms, too.

Underlining this trend, French documentary series had their own section at the festival for the first time in 2023. While it was not competitive this year – in order to allow organisers to understand how many episodes audiences are willing to watch on a big screen – they comprised shows from all the biggest French doc commissioners.

Two focused on child abuse cases – Jersey Way at Canal+ and L’Affaire d’Outreau at France Télévisions – while Arte was behind Gaialand, which explored a 1990’s ecological idealist community that didn’t turn well, as well as World War Two-focused 1942 and Evangelicals, The World Crusade. “It’s a trend we cannot avoid,” said Christine Camedssus, MD of Fipadoc, “miniseries are becoming a genre within the genre.”

It is a trend also apparent among Italian commissioners. “Digital platform development pushes us to initiate more docuseries of different forms, some with bigger budgets, which we coproduce with Rai Play,” explained Fabrizio Zappi, director of Rai Documentary.

He used a Fipadoc panel to highlight recent Rai show La Lotta Continua, about the Italian political movement born from students and workers in the 1960s/70s, which, in order to fit new consumption trends, was produced as a four-part series for Rai Play and as a one-off primetime special for Rai Tre.

Among those receiving attention was France 2’s recently broadcast L’Affaire d’Outreau, which pushes documentary narrative limits further as a scripted and unscripted hybrid show. The miniseries is about a 20-year-old paedophile case in northern France which led to a major legal fiasco, and angle that the doc then develops. It also used a film director to recreate the hearings of the various protagonists, who were played by actors, using the original transcript, while those involved aided the actor’s performances.

“It is not new that we’re ordering more miniseries but what is new is that we construct them with thriller elements,” said Catherine Alvaresse, head of documentaries of France Télévisions.

There have also been noteworthy shift in terms of scheduling strategy. L’Affaire d’Outreau was a success having been supported by a major advertising campaign, with its first episodes launched on France 2 to over 3 million primetime viewers. The full series was made available on the same day via France.TV for binging, attracting 300,000 viewers overnight and one million in a week.

For its part, La Lotta Continua was introduced on Rai Play with great success, reported Zappi, while the broadcast version aired a month later, although to a lesser audience than the strand average. “Perhaps it was too successful online,” he commented.

Building on the trend for drama elements within docs is the increasing use of scripted talent on unscripted product. Following in the footsteps of Netflix’s three-year-old French docuseries, Gregory, which innovated by working with a drama director as showrunner, the use of drama talents in docs is growing trend.

Laetitia Recayte, the former Newen Distribution and France Télévisions Distribution executive – and then the MD of (mostly) scripted company Robin & Co – announced the day before the start of the event that she was launching Lapinxa, together with Federation.

Recayte, who was also on the jury for Fipadoc’s Women Docs, said she intends to specialise in docuseries using talents from drama, addin gthat she already has a couple of shows in development with France Télévisions and Canal+.

Canal+ also stressed it wanted docuseries with ‘off-the-beaten-track’ narratives, mentioning several true-crime miniseries it had already initiated including Chevaline, about the decade-old unsolved murder of a British family in Haute Savoie in France.

Others on the slate even use humour, such as drug traffic doc Une Tone Cinq, which director of Canal+ documentary channels Christine Cauquelin described as Breaking Bad meets Fargo. A documentary built on interviews from The Serpent is also underway, following the success of the Netflix-BBC scripted miniseries last year.

The trend of marrying scripted and unscripted visions can, however, be “complicated”, said Alvaresse about L’Affaire d’Outreau, and although the doc was saluted by critics, since its broadcast its angle of approach has raised voices against it, as the case continues to divide people – including one of those abused, who has called for a boycott and promoted instead an upcoming Netflix show on the same topic.

The rush towards true crime is also meaning a glut of similar shows – for instance, the Temple Solar sect affair has led to docuseries for three different channels.

Another genre where narratives are continuously improving is history. Unlike the true crime trend, for ancient history – where archives nor witnesses exist – the aim is for more accuracy.

Arte France is moving away from scripted re-enactments and looking for more evocative portrayals, said Hélène Ganichaud, the deputy and soon-to-be head, of its specialist factual unit. The channel continues to use animation for recreations, such as in four-part docuseries on the explorer Magellan, which successfully broadcast end of last year.

Ganichaud will replace long-time director Hélène Coldefy from 1 March, who announced in a moving moment at Fipadoc that she would be retiring. Ganichaud said she will continue the same editorial line.

Canal+ also announced its own new ambitions in history, introducing a new primetime strand on its Canal+Doc channel, which launched last year and is dedicated to history and major international series. That move came alongside the rebranding of Planète+ as a history channel, Cauquelin explained.

And while it is being stocked, as a first step, by international series acquisitions such as Colosseum, Cauquelin said she was looking to get involved in large scale international coproductions.

International coproductions are also central to France Télévisions, especially for the France 5 primetime science strand, with director of international copros and acquisitions Caroline Behar highlighting new international docs, such as one that explores an Egyptian tomb that could have belonged to Nefertiti.

There is also Lady Sapiens, a doc on Viking women using Ubisoft videogame animation, which is being coproduced with SVT in Sweden.

The winners of the bid organised by the Global Doc International Broadcasters Club for science and/or history doc were also recently revealed. Production has already started on lunar show, Objectif Lune, from French company Zed, while British programme The Lost Wonder Of Babylon is from Lion TV.

Rai also stressed its need for coproductions, with a couple underway with France Télévisions, and another few in the works with Arte.

France Télévisions, Arte and Canal+ are also getting involved in impact docs more, a move which will get support from funding body CNC. It announced a grant of €50,000 ($50,000) to support six projects – two per channel – as part of a bigger initiative called The Year of Documentary, which was inaugurated by the minister of culture & communication in Biarritz, with a focus on promoting the doc genre.

For Arte, which is very much involved in environmental issues, the focus was on its Les Gardiens de la Foret series, which will lead to an impact campaign on deforestation. The series regroups five international docs about tribal chiefs or rangers fighting to protect their forests and the wildlife in them, with the show taking place in Mongolia with a mission to save bears screening at Fipadoc.

Stories about extraordinary lives are also hot, with some of them flirting with religion – such as US doc Crows Are White

Canal+, meanwhile, is developing docs addressing issues but also trying to find a solution, such as one about a football team looking to welcome autistic children into its ranks. Another is about Café Joyeux, which employs only disabled people, while a third follows classical music conductor Zahia Ziounai’s ambition to provide opportunities for kids from poorer suburbs.

Overall, docs featuring alterity as a way to address disability and diversity were a trend at Fipadoc selection, said Camdessus, along with docs speaking through the voice of children, who are bringing a bit of joy. Stories about extraordinary lives are also hot, with some of them flirting with religion – such as US doc Crows Are White, about a non-traditional monk who prefers heavy metal to meditation.

Finland and the Baltic countries took part of Fipadoc’s international focus this year, while shows from Ukraine also took centre stage. Fipadoc selected a series of docs from the country designed to enable better understand of its culture and history, and it also dedicated a specific pitching session, with the country having a delegation of a dozen filmakers.

Coproduction partners remain a key part of the equation for docs coming out of Ukraine, and a new Arte initiative was unveiled to support the country’s output. The channel announced a 12-film series about the conflict, which will use Ukrainian directors and is called Generation Ukraine, with RTBF, TSR, YLE, Check tv and the Ukraine Institute onboard.

Docs are also politics, which invited itself into Fipadoc. Voices from Israeli documakers expressed major concerns about their situation in the country, following the latest elections and announcements that put public TV funding in danger.

Pubcaster Kan is at the centre of these discussions, after the minister of communication said last month there was “no place” for public broadcasting in Israel. The broadcaster’s future looks slightly less ominous, however, with the recently installed government now pausing almost all reforms – including those targeting public broadcasting – as it seeks to focus on judicial issues.

While much is changing in the world of factual programming, public TV remains key for French documentarians, with broadcasters responsible for 74% of docs funding in France

The new Israeli minister also said he wanted some documentaries to return public funding, including Fipadoc selected H2: Occupation Lab, because it dealt with Palestine. Israel had two docs in the international competition and it also won an award as part of the pitches.

Although their shadows were all over the festival, the streamers were not very visible at Fipadoc and did not submit any docs. Unlike in scripted, they have been very discreet at documentary markets and festivals in France, although some Netflix representatives attended pitch sessions, according to organisers.

The French doc producers organisation, meanwhile, congratulated itself on having reached an agreement with Amazon to get specific independent documentary quotas within their French production obligations, but said they were struggling to find agreement with Netflix and Disney+.

And while much is changing in the world of factual programming, public TV remains key for French documentarians, with broadcasters responsible for 74% of docs funding in France.