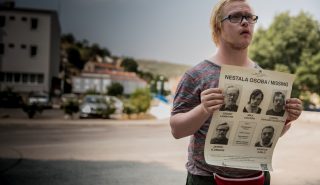 Newen Group has completed its acquisition of Canadian scripted producer-distributor Reel One Entertainment. The Department of Canadian Heritage approved the transaction last week, allowing Newen to complete the deal, which was first announced in July. Based in Montreal with offices in London, Los Angeles and Vancouver, Reel One develops, finances, produces and markets telefilms and […]

Newen Group’s acquisition of Reel One Entertainment sees the TF1 Group-backed producer-distributor look to crack the English-speaking market and exploit European IP in the US, Canada and UK. The deal marks the French firm’s first concrete move into the English-speaking market, having previously acquired the likes of Denmark’s Nimbus, as well as Dutch formats firm […]

Reel One to adapt Belgium’s Team Chocolate for UK

Indie drama producer and distributor Reel One Entertainment is set to partner with theatre company Chickenshed to adapt hit Belgian series Team Chocolate (Tytgat Chocolat). The series that premiered on Belgian public broadcaster VRT last September, tells the story of a young man with down syndrome who travels across Europe to be reunited with the […]