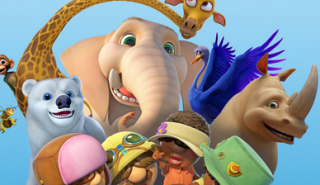 Turner Broadcasting System has acquired Monster Entertainment-sold non-verbal kids toon Jungle Beat for its Boomerang channel in various European territories. The third season of the 13x7mins show, which comes from South Africa’s Sunrise Productions, will debut on Boomerang in the third quarter of this year in Germany, Austria, Switzerland, the Benelux region and eastern Europe. […]