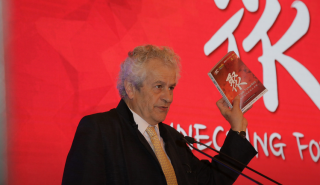 The upcoming Asian Side of the Doc conference in China has been postponed indefinitely. The event, due to be held in Suzhou, China on March 21-24, will now take place “at a later date”, according to the organisers. Initially, the cancellation was attributed to “local logistical issues”, but pressed by TBI, a spokeswoman for events firm […]

French cultural channel Arte and UK public broadcaster the BBC are joining forces to make Barack Obama: Inside His Presidency, a new four-part documentary about the US president. With the French title of Barack Obama, le Temps du Bilan, the series will follow Obama’s presidency and the key events during his tenure since taking office […]