UK producer Victory Television has won a pilot order from the BBC for a new gameshow, TBI has learned. Popular British host Dale Winton is expected front the show, which is designed to fill the UK public broadcaster’s coveted lottery results slot. Winton currently hosts In It to Win It, the Saturday evening gameshow wrapped […]

Blacklist gets early renewal at NBC

The Blacklist, the most successful of this year’s batch of new season broadcast dramas, has been given an early renewal by NBC. Making the announcement, NBC Entertainment chairman Robert Greenblatt said the show’s ratings success “demonstrates that inspired storytelling is alive and well in broadcast television” – an attempt to disprove a growing industry belief […]

Kirsten Jan van Nieuwenhuijzen has left his position as creative director at Sony Pictures Television and started a new business, Indy Ideas. Van Nieuwenhuijzen was the cofounder of Intellygents, the interactive content firm that was acquired in 2006 for about €5 million (US$6.75 million) by 2waytraffic, which in turn was bought by Sony in 2008. […]

New paranormal series Haunting: Australia will be among the programmes broadcasting on the soon-to-launch Australian feed of NBCUniversal International’s Syfy channel. The show will make its debut on the net in February, a month after Syfy launches on January 1 on pay TV platform Foxtel. Haunting will follow paranormal investigator Robb Demarest (Ghost Hunters International) […]

USA Network has cancelled its drama series Unnecessary Roughness after three seasons. The Sony Pictures Television-produced show, which starred Callie Thorne as a therapist to an American football team, ran for three seasons from 2011 but will not return for another. “We are proud of this show and its writers, which had a unique ability […] 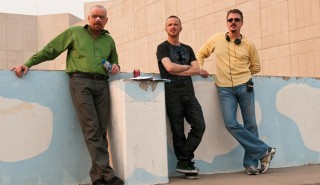 Vince Gilligan has signed a new overall deal with Sony Pictures Television, keeping the Breaking Bad creator with the studio for the foreseeable future. Gilligan (above, right) was counted as the hottest free agent on the market after his previous SPT deal lapsed following the end of his critically acclaimed AMC crime drama but he […] 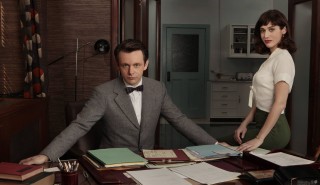 Ed Louwerse has left Sony Pictures Television, TBI has learned. Louwerse, who left SPT last week, is one of the most experienced formats distribution executives in the international TV business having spent almost seven years at SPT after it acquired 2waytraffic. Prior to that he spent seven years at Endemol. Sony confirmed his departure to […] 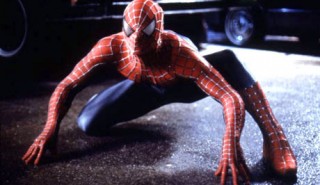