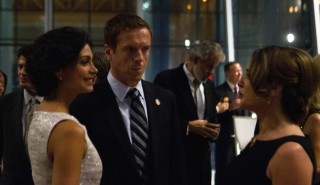 US cable channel WGN America has ordered 10-part scripted drama Ten Commandments from the Weinstein Company. Running for 10 nights, each episode of the series will see a different modern interpretation of a Commandment from an A-list director. Wes Craven, Michael Cera, Lee Daniels, Jim Sheridan and Gus Van Sant are committed to directing an […]

US station WGN America has ordered its second original drama, a 13-part about the scientists racing to create the first atomic bomb that has The West Wing exec producer Thomas Schlamme attached. Manhattan is written and created by Sam Shaw (Masters of Sex), who will exec produce alongside David Ellison, Dana Goldberg, Marcy Ross and […]