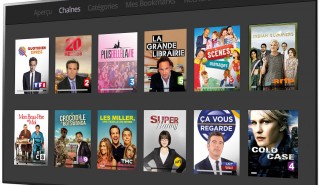 Molotov, the French streaming service founded by Canal+ founder Pierre Lescure and other Gallic TV veterans, plans to launch in new European territories, and ultimately, in the international market. Molotov, which counts UK pay TV operator Sky among its backers, will expand beyond France in the next twelve months, co-founder Jean-Marc Denoual told TBI. “There is […]

Mediawan, the media investment consortium set up by producer Pierre-Antoine Capton, Iliad Telecom founder Xavier Niel and Lazard France chief Matthieu Pigasse, is buying French production, channels and distribution player AB Groupe for €270 million (US$288 million). The investment group, which said that the acquisition would be a “first step towards building a leading independent […]

TDF has taken a minority stake in OTT TV operator Molotov as part of a wider strategic partnership between the pair to create a hybrid TV offering combining Molotov’s OTT delivery with DTT. French DTT transmission firm TDF said it sees Molotov’s platform as a way to provide a more comprehensive TV experience to digital-terrestrial viewers, […]

Sky has invested €4 million (US$4.5 million) in French over-the-top video platform Molotov, which launched publically in France in July. Announcing its investment on Friday, Sky said that thefunding was part of a larger Molotov financing round and is the latest in aseries of Sky investments in start-up companies. The ‘freemium’ Molotov service was unveiled […]

French over-the-top service Molotov has launched publicly across the country on a freemium basis, a year after it was first unveiled. The cross-platform TV service lets users watch 33 channels, including 25 French digital terrestrial TV channels, and access 10 hours of ‘bookmarked’ content for free. A €3.99 (US$4.41) per-month option offers 100 hours of […]

Molotov, the upcoming French OTT service being launched by former Canal+ boss Pierre Lescure, has secured distribution deals with a raft of free and pay TV channels ahead of launch. In June Canal+ cofounder Lescure and and Jean-David Blanc (pictured above), the founder of AlloCiné, said they were launching Molotov, a new OTT service that […] 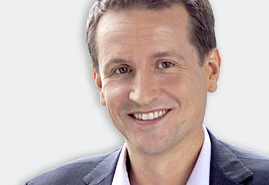 Former Canal+ boss Pierre Lescure and Jean-David Blanc, the founder of AlloCiné, are launching a new online TV service, Molotov. The seasoned French media executives are pitching Molotov as a ‘Spotify for TV’, as it will aggregate content and make it available via connected devices. The service is currently being beta tested before a commercial […]

French culture minister Aurélie Filippetti has said she wants to reduce the delay before films can be distributed on subscription video-on-demand services. Filippetti wants the window cut to 24 months after cinema release, in place of the current 36 months – but only for services that sign up to the country’s system of financing French […]