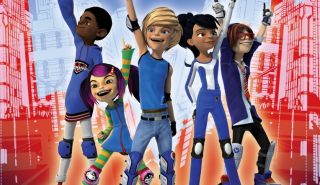 The Middle East’s MBC3 has acquired a 150-hour package of programming from distributor Zodiak Kids. The deal will see Officially Amazing, Extreme Football (pictured), Totally Spies, The Amazing Spiez, Totally Spies – The Movie and Martin Mystery, which all come from Zodiak-owned Marathon Media, heading to the MBC Group channel. They will broadcast in English […]