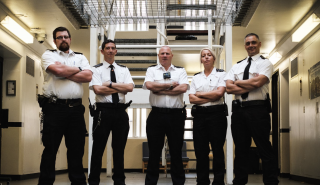 UK broadcaster ITV is exploring life in Britain’s jails with Chalkboard TV’s Inside Prison: Britain Behind Bars. The 4 x 60-minute series has rare access into seven men and women’s prisons, offering a 360-degree look at those on the frontline of Britain’s jails, as well as the prisoners. Through the experiences of both trainee and […]

The international distribution arm of UK satcaster Sky has poached Sony Pictures Television’s senior VP for the UK, Ireland and Africa, Kylie Munnich. Sky Vision has appointed Munnich its director, drama and comedy. The position is a new one, which will see her work with Sky’s drama and comedy commissioners to develop scripted programming. She […]