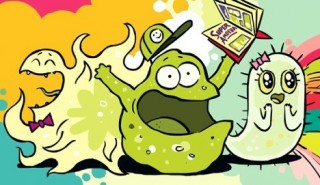 Canadian kids channel Teletoon has come onboard Squish, the new 52x11mins animated comedy from France’s Cottonwood Media and Toronto’s Shaftesbury. Teletoon has confirmed a development deal for the show, while French channel Gulli, which previously had joined the development, has ramped up its participation to a prebuy. “Cottonwood’s raison d’être is to produce premium content […]