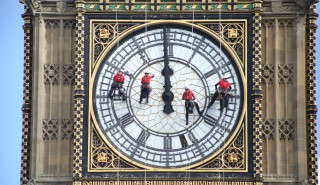 Aussie net goes Inside the Commons

The ABC in Australia has tapped UK indie Atlantic Productions for 4x60mins doc series Inside the Commons. The series, from political filmmaker Michael Cockerell, will air on the Australian pubcaster later this month, with Atlantic taking it to MIPTV in April. The show goes behind the scenes of Britain’s parliament buildings in Westminster, London. It […]

UK pubcaster the BBC has greenlit Inside the Commons, a four-part documentary from political filmmaker Michael Cockerell. The series, for BBC2, will go out ahead of next year’s general election and will look at the workings of the UK lower house, the House of Commons. Cockerell has been granted unprecedented access to the Commons for […]