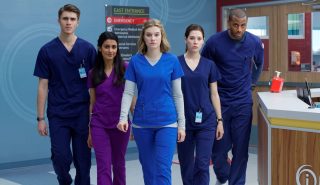 NBC in the US and other broadcasters in Australia, Europe, Africa, Asia and the Middle East have acquired Canadian medical drama Nurses, following a slew of deals with distributor Entertainment One (eOne). Nurses is produced by ICF Films and eOne, in association with Corus Entertainment, for Canada’s Global, with the participation of the Canada Media […]

US network ABC and Canada’s Global Television has renewed cop drama Rookie Blue for the fifth time. Production on a fifth season will begin in Toronto in 2014 following development this fall. The hour-long show comes from ICF Films and Entertainment One, the latter of which shops it on the international market.