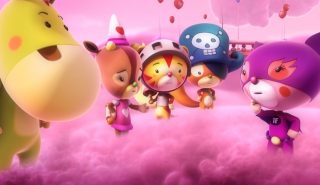 Fabrique d’images, the Luxembourg-based animation studio behind shows such as Percy’s Tiger Tales and Polo, is launching two new JV prodcos. The firm has partnered with Vladimir Kokh and Gregory Marchal, CEO and head of distribution, respectively, at French distributor KMBO, to launch Fantabulous, a new French production company, specialising in animated family entertainment. It […]