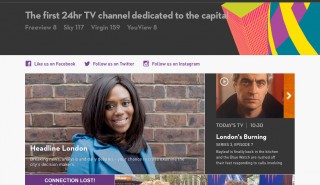 London Live, the UK local digital-terrestrial TV station owned by Evgeny Lebedev, the Russian-born proprietor of the Evening Standard and Independent newspapers, is reportedly to cut 20 of its 60 staff. London Live chief operating officer has said that the channel was restructuring its news and current affairs team, and would re-allocate the funds saved […]

London Live to launch in UK

A new channel is launching on digital free-TV in the UK today. London Live will occupy the Freeview channel 8 slot, along with BSkyB channel 117, Virgin Media channel 159 and YouView channel 8. The network is one of the stations launching throughout the UK in a government-lead drive to launch channels that offer local […]