New additions to EBU board

The European Broadcasting Union (EBU), the organisation that represents European public broadcasters, has unveiled its new executive board line-up, with three new additions.  The new board members are Gilles Marchand, Marko Filli and Tonio Portughese. Marchand was named as the new director of Swiss pubcaster SRG SSR last month ahead of taking up his new […] 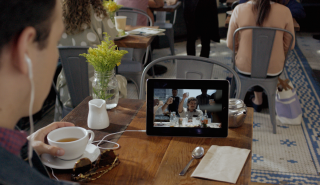 Subscription video-on-demand grew by 56% in Europe between 2014-15 and is expected to reach 50 million homes by 2020, according to research by the European Broadcasting Union’s Media Intelligence Service. Netflix accounts for over half of the entire market, the research shows. According to the EBU’s Market Insights: SVOD in Europe report, the biggest uptake […]

The European Broadcasting Union has today expressed concern over plans to disband the Israeli Broadcasting Authority and the country’s license fee and said the move is ‘regrettable’. On Sunday, the Israeli government approved a draft bill that would see the IBA closed and replaced. Should the bill receive the final green light the move to […]

The European Broadcasting Union and major particle physics lab CERN have handed out a pair of grants to help companies including Baby Cow Animation develop multiplatform projects that inspire children’s interest in science. The EBU’s Eurovision and CERN, which is best known for creating the particle accelerator the Large Hadron Collider, launched the competition in […] 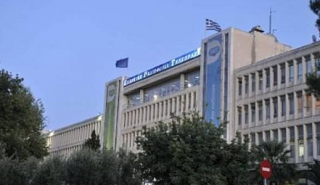 Greece’s ERT back on air

Greece’s public broadcaster ERT is to continue broadcasting during a restructure process after a Greek court ordered its services to be put back on air. The ruling followed prime minister Antonis Samaras’ decision to shut down the broadcaster overnight to save money a week ago, a move that led to widespread protests at home and […]

EU Parliament backs calls to defend Euro TV from the US

EBU urges EU to defend Europe against the US

The European Broadcasting Union says that including TV and film services in upcoming trade negotiations between the EU and the US would damage the industry in Europe. The EU is about to set the parameters for trade negotiations with the US and the EBU, an association of over 50 public broadcasters, says that the TV […]