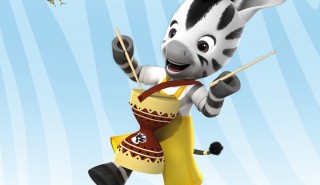 Paris based producer and distributor Cyber Group Studios has struck a number of deals with SVOD and digital platforms. In the US, Hulu has acquired Cyber’s 104x11mins CGI series Zou (pictured). The first season of the series will also be available on US kids SVOD service PlayKids TV. Also in the US, Kabillion has taken […]

Swedish public broadcaster SVT has picked up 78x7mins kids series Nina Patalo. The series is produced by France’s Je Suis Bien Content, Cyber Group Studios and Caribara and was commissioned by Canal J and France 3. Cyber is on distribution duty and agreed the SVT deal. It has already shopped the series to European broadcasters […] 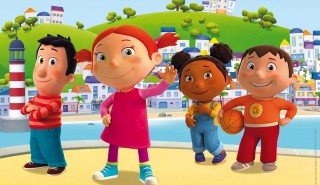 A raft of broadcasters have acquired preschool animated series Mademoiselle Zazie. The series is coproduced by Cyber Group Studios and Scrawl Studios and was originally commissioned by French pubcaster France Televisions. Mademoiselle Zazie sells the show internationally and has struck deals with broadcasters including Yoopa in Canada, Disney Junior in Italy, RTS in Switzerland and PTS […]

France-based producer and distributor Cyber Group Studios has announced a raft of programme sales off the back of MIPCOM and MIPJunior. US Hispanic broadcaster VME TV has acquired 104x11mins animated series Zou (pictured) and other buyers include Italian public broadcaster Rai. These deal follow recent sales to broadcasters including Super RTL in Germany and Mediacorp […] 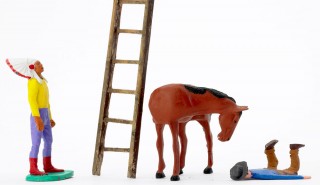 French pay TV platform Canal+ has pre-bought an animated Christmas special and a French toon about a globe-trotting girl detective. The Yule Log and Mirette Investigates were both presented this week at Cartoon Forum in Toulouse. Yule Log is a 1x26mins special from Belgium’s PANIQUE! and France’s Autour de Minuit Productions and is based on […]

French producer and distributor Cyber Group Studios has sold its preschool series Zou to the PBS Sprout children’s channel in the US. The 104x11mins series, about a five year old zebra, will air from September on the channel in the three-hour Sunny Side Up block. The show first launched on Disney Junior in the UK […]

The production arm of French commercial broadcaster TF1 is making its first animated series, Mini Ninjas. The show will be made by TF1 Production and French production and distribution group Cyber Group Studios. Cyber Group will handle international sales of the series, which is based on the eponymous video game from Square Enix. Italian public […]