Pubcasters in Europe and North America are the latest to buy Adam Benzine’s documentary Claude Lanzmann: Spectres of the Shoah. Canadian CBC’s Documentary Channel, Sweden’s SVT, the Netherlands’ VPRO, Finland’s YLE and Poland’s TVP have acquired the 40-minute doc, along with Israel’s Channel 1. They join HBO in the US, ZDF/Arte in France and Germany, […]

US premium cable channel has acquired a 40-minute documentary that looks into the making of iconic Holocaust doc Shoah. HBO will launch Claude Lanzmann: Spectres of the Shoah in 2016. In Europe, Germany’s ZDF and Franco-German net Arte have bought the show, with Danish pubcaster also taking local rights. DR was an early investor in […] 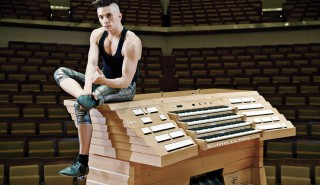 WOWOW: from Japan to LA to the world

Kayo Washio runs the LA office of Japanese pay TV channel operator WOWOW. She set up on the West Coast in 2010. An established buyer of US series and movies, WOWOW has just got on board its first international originals and Washio wants to reach out to the global TV community to scope out more […]