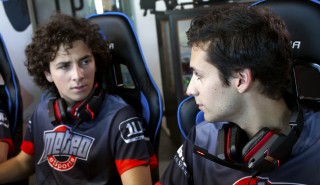 Lisbon-based digital prodco BeActive has created what it claims to be the first scripted series set in the world of eSports gamers, with the show set to broadcast on Portugal’s RTP. The Players has wrapped production in Portugal’s capital city, having taped in June and July, and will be made available in several formats, including […] 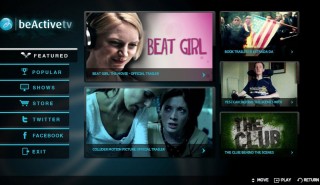 Portugal-based digital content company beActive has launched a TV app that allows consumers to access its content on tablets and smartphones and Samsung connected TVs. The app allows consumers to view content, subscribe to series, get a notifications when new episodes are available and share favourite episodes through social networks. There will also be additional […]

Multiplatform producer and distributor beActive has won a legal case with DC Comics/Vertigo over the naming of sci-fi property Collider. The digital firm published Collider as an online comic series last year and is also prepping a web series and movie. Following the legal ruling, DC Comics/Vertigo will rename its series Federal Bureau of Physics. […]

Ben Silverman’s Electus has acquired US rights to Beat Girl, the multiplatform show from beActive. Electus has taken North American format rights to the property, which was created by beActive founder Nuno Bernardo and was originally produced in the UK last year. The property, which spans web series, book and TV series component, is a […]

Digital producer beActive, the company behind web series including Beat Girl and Sofia’s Diary, is launching its own app to allow viewers to watch all of its shows in one place. The company, run by chief executive Nuno Bernardo, has launched the app for smart phones and tablets (iOS and Android) and it is available […]