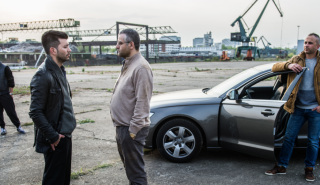 Arrow Film, the UK distributor of Italian hit drama Gomorrah (pictured), has launched Arrow TV for Amazon Prime members. The service, which will offer a range of European and non-English language drama, officially launched on December 8. Arrow TV will kick off with the entire first season of Gomorrah, the Sky Italy drama that followed […]