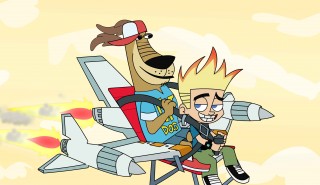 Canadian broadcasters have acquired a raft of children’s programming from DHX Media, including Johnny Test (pictured), Adventures of Paddington Bear, and George of the Jungle. TELUS Communications has secured SVOD rights to series such as Paddington, Angela Anaconda and Bo on the Go for French-speaking Canada, while Knowledge West has also acquired a package deal. […]