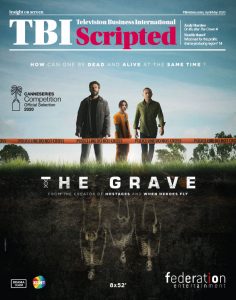 Taking the long view Netflix drama The Crown arguably marked the start of the streaming revolution. TBI talks to Andy Harries, CEO at Left Bank Pictures, to find out what’s next.

Attention grabbing Nick Edwards reflects on how Italian drama has maintained its momentum as scripted competition has increased and explores how things might change.

Nordic thaw? Nordic producers have become prolific over recent years, but is a deluge of scripted product from the region diluting the quality and damaging the ‘Nordic’ brand?

A seat at the table Keshet Studios president Peter Traugott discusses how the Israeli company’s Stateside studio is competing – and winning – in an increasingly consolidated US market.

Writer’s room Dan Sefton, showrunner and lead writer on The Mallorca Files, reveals how he has been working to give writers greater creative control.