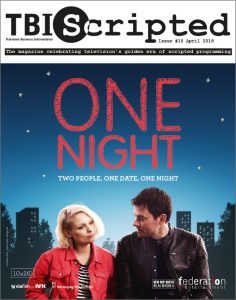 Interview: Steve Coogan Actor-comedian Steve Coogan is bringing his alter ego, Alan Partridge, back to the BBC. He tells TBI how the iconic character has evolved over 25 years

In the spotlight: Walter Iuzzolino Walter Iuzzolino, the face of and name behind Walter Presents, tells TBI about the moments, organisations and people that have influenced his career

Feature: drama acquisitions With original programming more important to networks and services than ever, what role does the acquisition play in drama today?

On location: Arctic Circle It is in the icy wilderness of Finland’s Ivalo, with its endless stretches of white snow and intensely bright sun, that a group of the country’s biggest production companies have joined forces to deliver a major new drama series. Kaltrina Bylykbashi reports from the set in Lapland