Sci-fi drama series Heroes is one of the most successful drama series in recent years. It has had huge international success, being sold to the largest free-to-air broadcasters including the BBC in the UK, France’s TF1 and Mediaset’s Italian network Italia 1. The second season and online spin off, Heroes: Origins, have been affected by […]

NBC Universal plans to export its channels and formats to India after inking a joint venture deal with NDTV. Peter Smith, president NBC Universal International said there are plans to launch channels including Sci Fi and 13th Street within six-to-twelve months and that NBC formats will appear on NDTV channels. Smith said no formats deals […] 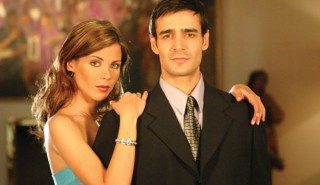 Venezuelan distributor Venevision International has maintained that it plans to keep its multi-year output deal with US Hispanic broadcaster Univision, despite Televisa’s looming court battle with the network. Venevision International has a deal with Univision, which is now owned by a private equity conglomerate fronted by billionaire entrepreneur Haim Saban, that lasts until 2017 to […]

The US directors’ guild and Hollywood studios have hammered out an agreement that would gives the DGA membership a slice of new media revenues and the studios’s body, the AMPTP, has called for informal talks to resume with the writer’s guild, the WGA. The DGA will offer its members a deal that includes increased residuals […] 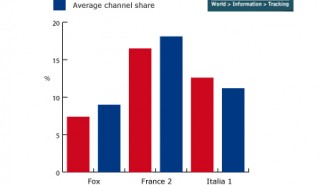 RDF’s sing-a-long music format Don’t Forget the Lyrics has now bowed, with varying results, in the US, France and Italy and is soon to launch in the UK. The pilot episode of the Italian version of the musical gameshow, known locally as Canta e Vinci, aired Tuesday, December 18, 2007 in primetime and achieved a […]

Discovery’s plans to take its joint venture channel with US talk show host Oprah Winfrey to international markets after it launches on the US cable network next year. Discovery and Oprah announced yesterday they were teaming to launch the Oprah Winfrey Network – OWN – in the US from next year. An international launch will […] 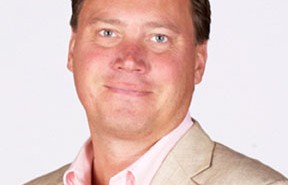 Spanish distributor Imagina is targeting format sales in the US Hispanic market after a revamp of its international sales operations. The company, which was formed following the merger of Spanish producers Mediapro and Arbol, is in discussions with broadcasters Univision and Telemundo to coproduce or sell the format rights to shows including Medico de Familia […]

Douglas Coupland is the best selling Canadian author of Generation X, Microserfs and JPod. Known for his comic take on life and associated pop culture, he had never taken any of his novels to the small screen until now. He is currently adapting JPod, which was published 2006, as a television series. He is producing […]

The Office to be re-made in Chile

The Office, the British comedy series starring Ricky Gervais, is set to be re-made in Chile after BBC Worldwide struck a deal with local broadcaster Canal 13. BBC Worldwide Americas sold the format rights to series one and two plus the end of season specials to Canal 13 and local production company Chilecorto and will start production early this year.  […]