FremantleMedia Enterprises has hired former ITV Studios exec Emmanuelle Namiech to become senior VP, content and development, EMEA and Asia Pacific. Namiech, who was previously director of content acquisition at ITV Global Entertainment, will perform a similar role at the RTL-owned distributor. She will be in charge of developing and acquiring content from producers and […]

The Hub, the joint venture kids channel between Discovery Communications and toy manufacturer Hasbro, is to spend around US$20 million on its October 10 launch as it looks to skew younger than its rivals. The channel has also announced a live action gameshow based on the popular boardgame Clue. The network is eyeing a younger […]

The two largest commercial broadcasters in Germany are joining forces to launch an online catch-up service. RTL and ProSiebenSat.1 have confirmed plans to launch a joint service, which allow consumers in Germany and Austria to access their TV shows online, free of charge. The partners said that they want to launch an open platform that […]

Fox Television Studios president Emiliano Calemzuk is joining Shine as CEO of its North American operation. Having spent twelve years at Rupert Murdoch’s News Corp in various roles, he will join the production and distribution company run by his daughter Elisabeth this September. He will join the Shine in the newly-created role of CEO, Shine […]

Endemol-owned Australian production company Southern Star Entertainment has launched a joint venture with major advertising agency Mitchell Communication to produce branded content. The deal will see the two companies team up to produce a number of brand-funded projects and is the first official venture of its kind between a producer and advertiser  in the country. […]

Hollywood studio Warner Bros is acquiring Shed Media in a deal that values the UK indie producer at £99.9 million. The UK firm has itself acquired and several other indie brands in recent years including Ricochet and Wall to Wall. It also has its own programme sales arm, Outright Distribution. Its key programming franchises include […]

Fox Look, the international formats arm of the US network, has made a number of senior exec appointments and is eyeing the acquisition of food formats. The company, which is headed by president David Lyle, has poached Target Entertainment sales exec Glen Hansen to become head of sales and has also hired former Sony Pictures […]

A&E Television Networks is launching a raft of channels in India after striking a joint venture with the Network18 Group. This will mark the relaunch of the US international pay TV broadcaster’s History Channel, after its initial incarnation, a joint venture with News Corp’s Star, closed down in 2008. Network18, which operates a number of […] 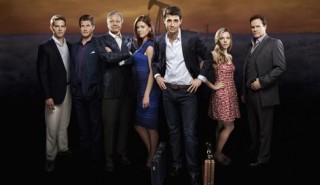 UK pay broadcaster Sky has announced its fall slate with a host of US series and local commissions. The News Corp-backed broadcaster has struck deals with Hollywood studios Fox and Warner Bros and has commissioned a remake of classic story Sinbad. This follows the company’s landmark output deal with HBO, which was announced last week. […]

ITV Studios revenues dropped sharply in the first six months of 2010 as programme orders from UK and international broadcasters fell away. However, programme sales activity held up with The Prisoner and other dramas selling well. ITV Studios, which comprises the production and distribution activities of the UK largest commercial broadcaster ITV, reported a 21% decline […]