UK pay TV channel Zone Horror is rebranding as the Horror Channel next month. It has also struck a volume movie deal with independent film distributor Revolver Entertainment. The broadcaster will air movies including Diagnosis Death, Red Mist, The Grave Dancers, Mega Snake and The Ferryman as part of the deal. As part of the […]

Discovery Communications is moving into the formats sales business for the first time and will launch its new formats division at MIP TV. The move will see the programme distribution arm of the factual channel operator sell formats based on a number of its Discovery brands including Bear Grylls’ wildlife series Man vs. Wild, dog […]

John de Mol-owned formats company Talpa Media has struck a joint venture with Scandinavian producer Nordisk Film TV, the latest in a long line of a JVs that it has struck in the last twelve months. Nordisk Film TV, which was acquired by Banijay Entertainment last year, will produce Talpa formats, including Dating in the […]

US network Fox is to launch a reality prank series based on a French format after striking a deal with distributor Banijay Entertainment. The broadcaster is set to pick up My Parents Are Going To Love You, which is based on JES Productions’ format Mes Parents Vont T’Adorer, which aired on digital net NRJ12. The […] 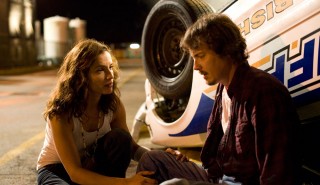 Endemol has hired former FremantleMedia and IMG exec Olivier Gers to run its new licensing and merchandising division, Endemol Worldwide Brands. Endemol USA exec Joerg Bachmaier has been appointed general manager of the US unit of the brands division. Worldwide Brands will exploit Endemol brands across all licensing and merchandising categories and will invest in […]

Formats industry veteran Michel Rodrigue has signed on as distribution consultant at Engine Formats, the formats division of Engine Entertainment, the producer and distributor started by former Power exec Chris Philip. Rodrigue will oversee distribution of formats at Engine, starting at MIP TV next month. The exclusive arrangement with Rodrigue will see him develop the […]

Discovery Communications has acquired the international rights to Sarah Palin’s much vaunted Mark Burnett-produced documentary series and will air it on US cable network TLC. The eight part show, which has a working title Sarah Palin’s Alaska, will follow Palin, who was previously governor of the state. The budget for the travelogue-meets-reality show starring the […]

Banijay Entertainment is continuing its rapid expansion with the acquisition of US indie producer Bunim-Murray Productions. This follows Banijay’s move into the United States last year with the launch of Angel City Factory, a production company run by Temptation Island creators Chris Cowan and Jean-Michel Michenaud. Bunim-Murray Productions, which specialises in producing reality shows including […]