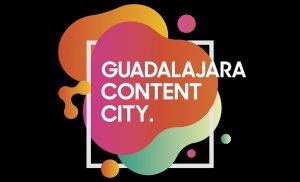 Spain’s Grupo Secuoya has unveiled plans for a new studio in Guadalajara, Mexico, as part of an ambitious expansion strategy in Latin America that capitalises on a newly launched tax incentive scheme.

Guadalajara Content City will house four sets, post-production offices, an educational facility for 2,000 students and four warehouses, according to Grupo Roots, which is behind the expansion.

Grupo Roots is a sister firm of Secuoya and has already been behind Madrid Content City, the sprawling $200m production location in Spain that began construction in 2018 and houses numerous lots and facilities.

Raúl Berdonés, president of Secuoya and Grupo Roots, said he wanted to “take the success of Madrid Content City to other territories and consolidate ourselves as one of the largest audiovisual studios in the world.”

The expansion in Guadalajara came on the same day that the city’s regional audiovisual body, Filma Jalisco, revealed plans to launch a raft of new initiatives to attract production to the area.

A $13m fund has been created to support tax incentives, which will see a rebate of around 25% applied to regional taxes. Discussions to also include national taxes are underway.

Referencing Jalisco’s new plans, state governor Enrique Alfaro Ramírez said that the scheme would ensure his state had “the most advanced legislation in Mexico.”