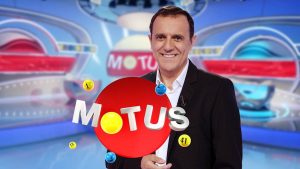 FAST Media is based in Munich and has just rolled out three channels in France and Switzerland, with Enquêtes de Choc focusing on investigative reporting, another offering episodes of classic French gameshow Motus and a third centred around talkshow Y A Que la Vérité qui Compte.

Backbone and Palatin, the latter founded by former Tele München Group (TMG) exec Bernd Schloetterer in 2011, are 50/50 partners on the JV and have other projects in the works for France, as well as Spain and Germany, later this year.

The three channels launched to date are available on Samsung TV+ in France and Switzerland, with roll-outs on platforms such as Molotov, LG and Rakuten also planned.

Maroko, who was most recently CEO of Mediawan Thématiques after it acquired AB Group, has recently been working on factual series such as Man Made Disasters and the adaptation of Couple’s Therapy on the production side.