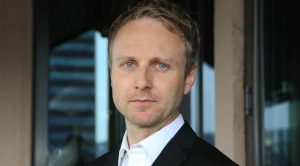 Skoland, who oversaw Discovery’s operations in Norway prior to the merger with WarnerMedia, had a remit across channels such as TVNorge, as well as leading on communications in Europe, the Middle East and Asia.

He told Norwegian trade magazine Kampanje, which broke the news, that he was “really looking forward to trying something new,” but did not provide more details on his next move. A replacement for WBD in Norway has also not yet been named.

WBD unveiled its senior leadership team in the Nordics earlier this month, with former Discovery exec Pil Gundelach Brandstrup taking on responsibility for content and planning across the region.

She reports in to Christina Sulebakk, who was appointed GM of Nordics in May. Magnus Vatn, Axel Eriksson and Katja Santala will continue as country content leads, with Lina Friman continuing to head up planning, reporting to Brandstrup.

Skoland is the latest senior exec to leave WBD’s international business, which is in the process of making deep staff cuts across Europe, as revealed by TBI. It has also pulled original production from regions including the Nordics. As part of those changes, Christian Wikander, VP & commissioning editor, for originals is leaving.