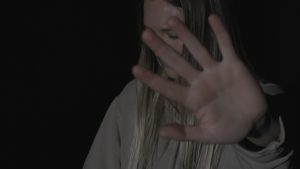 Australia’s Network Seven has ordered a true crime series about con artist Samantha Azzopardi, with Paramount+ acquiring the show for the UK & Ireland.

The 4 x 60-minute Con Girl, from Australian factual indie CJZ and BossaNova Media, the content creation, funding and distribution company, will air on Paramount+ and Network Seven later this year.

It tells the stranger-than-fiction story of Azzopardi, who has amassed at least 70 false identities since she embarked upon her career of deception as a 14-year-old girl from Brisbane. On the surface, Azzopardi is innocence personified, but behind the sweet facade is a brazen and sophisticated confidence trickster — and a psychological enigma.

The creative team behind Con Girl includes CJZ executive producer and showrunner Paula Bycroft, whose credits include Deadly Women for Investigation Discovery and  The Good Cop for Foxtel; and CJZ’s head of factual, Andrew Farrell, who has produced more than 100 hours of true-crime documentary for networks across Australia, the US and the UK.

Damian O’Hara, acting senior acquisitions manager, UK, at Channel 5 and Paramount+, said: “We’re delighted to work with BossaNova and CJZ to bring this unbelievable true story to the Paramount+ audience later this year. Con Girl is a great example of the compelling stories we are acquiring to complement our growing offering of Paramount+ Originals and vast library content.

“From the sheer scale of Samantha’s cons to the intricacies that fooled law enforcement, social workers and the kindness of strangers, this is a truly remarkable tale. We’re hoping our viewers will be as captivated as we have been by the mystery and this worldwide journey of deceit.”