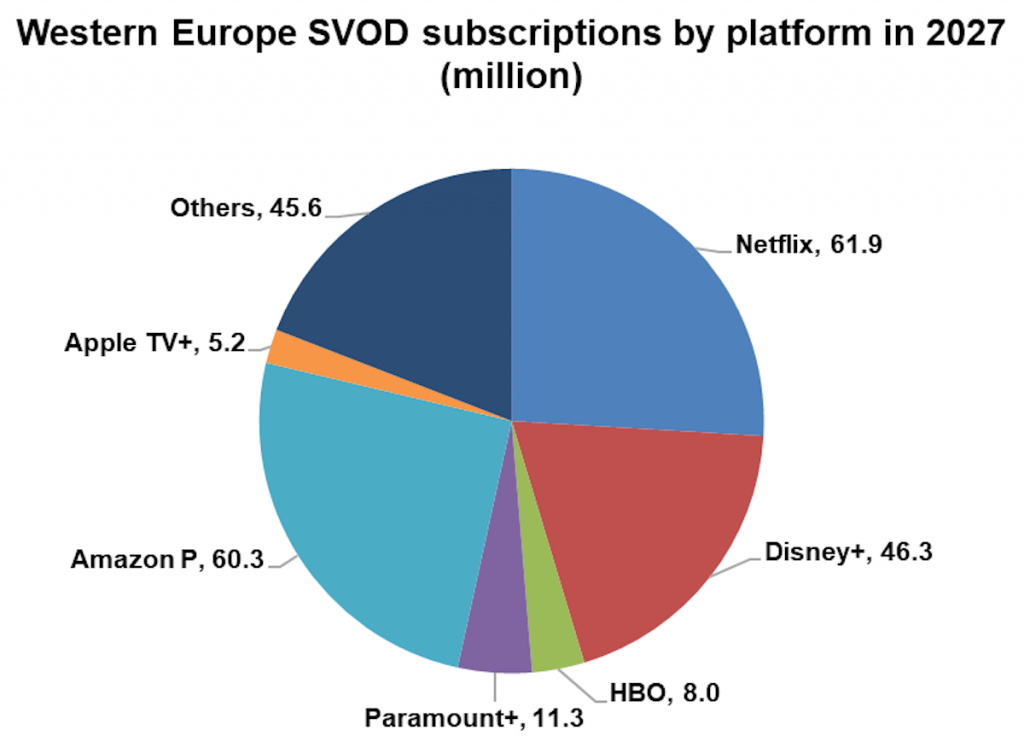 Western Europe is set to approach a quarter of a billion SVOD subscribers in the coming years.

In terms of SVOD revenues, the region will be at US$25 billion by 2027, up from US$16 billion in 2021. The UK will continue to be the largest revenue-generating country in Western Europe.

Simon Murray, principal analyst at Digital TV Research, said: “Netflix will slowly lose SVOD revenues as we assume that it will convert its cheapest tier to a lower-priced hybrid AVOD-SVOD tier. Any SVOD revenue shortfall will be more than covered by its AVOD revenues. Netflix will remain the SVOD revenue winner, although its share of the total will fall from nearly half in 2021 to a third in 2027.

“We do not expect many more price rises due to the intense competition. We assume that Disney+ will follow its US example by converting its present tier to a hybrid AVOD-SVOD one and charging more for an SVOD-only tier.”