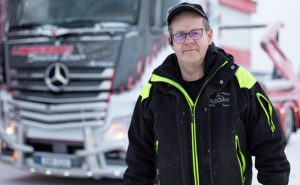 Annica Lindeberg took up the role of senior manager for content partnerships at Pluto’s Stockholm office last month, with a remit to create the service’s acquisitions strategy for the Nordic region.

She will also work closely with European and US teams on cross-territory deals for Pluto,  which expanded into the Nordics this summer via a partnership with Viafree and offers more than 70 channels.

For the first time internationally, Pluto TV in the Nordics will offer live sports, with mixed martial arts outfit Bellator MMA having a dedicated channel streaming all 2022 fights exclusively in the Nordics, with many fights streaming live.

Lindeberg was most recently a strategist and producer for One Planet Production, working on three-hour docuseries One Planet, One Chance for local pubcaster SVT.

She has also previously worked in content acquisitions for streaming operator Magine and spent almost 15 years at Sweden’s TV4, where she was senior acquisitions manager.