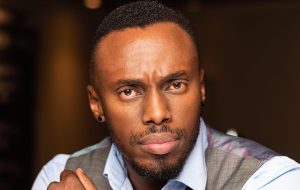 Devil’s Peak, which has been written and created by Matthew Orton, is based on Deon Meyer’s 2004 bestseller, which is the first in the series of novels centered on Detective Benny Griessel. Multichoice recently worked with Meyer on another adaptation, Trackers.

The 5 x 50-minute Devil’s Peak follows a talented but broken cop who is tasked with “tracking down a righteous vigilante killer whose crimes are capturing the imagination of the city”. The cast includes Hilton Pelser (Moffie, Kissing Booth) and Sisanda Henna (Trackers), while Jozua Malherbe (Griekwastad) directs.

The show has begun filming in Cape Town and is being produced by Lookout Point and Expanded Media Productions, with Multichoice’s South African channel M-Net set to debut the drama in 2023.

Multichoice will also distribute in Sub-Saharan Africa while BBCS will sell rest of world. South African production services are provided by Film Afrika.

Phahle, CEO for general entertainment and connected video at MultiChoice Group, said: “Not only is this an authentically South African story starring a South African cast, it is also filmed in our own backyard – benefiting several industries and economies beyond the television industry.”