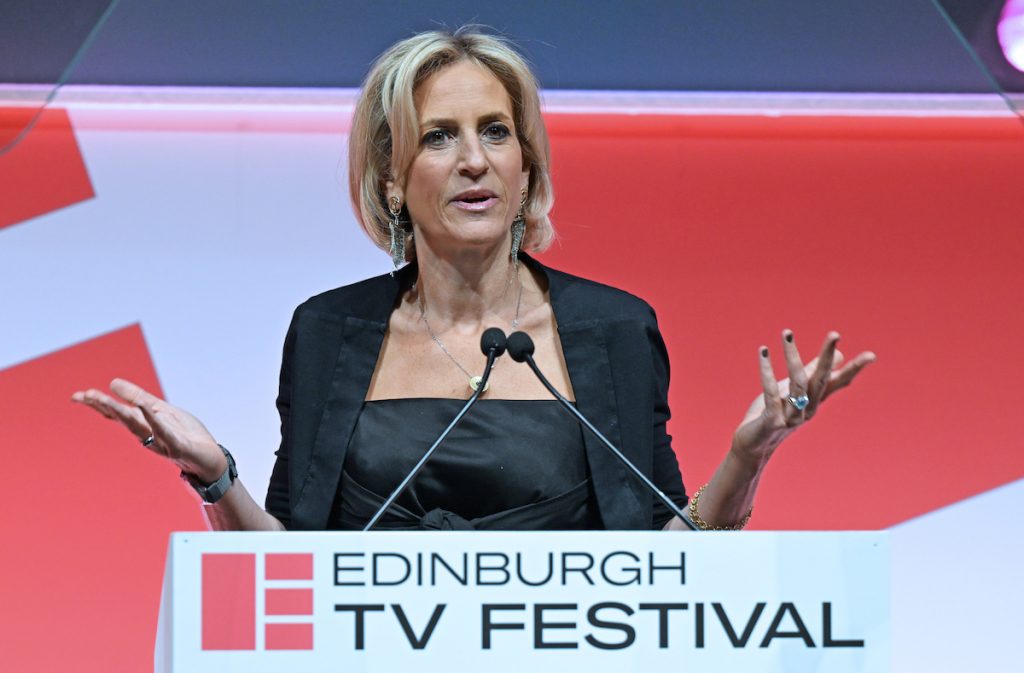 Emily Maitlis, the UK journalist who conducted the interview that saw Prince Andrew discuss his links to Jeffrey Epstein, has urged journalists and broadcasters to adapt to a new wave of politicians practising populism to secure power.

Maitlis, delivering this year’s MacTaggart Lecture at the Edinburgh TV Festival, reflected on her time as a Newsnight journalist at the BBC and admitted to “her shame” at trying to defend the UK broadcaster against accusations of bias rather than holding power to account.

She pointed to an interview in 2016 with Donald Trump “acolyte” Sebastian Gorka on Newsnight, in which she spent “half our allotted interview time trying to defend our objectivity and the rest bending over backwards to reconcile his strangled version of the truth, just to prove his criticism of me wrong.”

The journalist, who left the BBC to join radio group Global earlier this year, said viewers were “becoming anaesthetised to the rising temperature in which facts are getting lost, constitutional norms trashed, claims frequently unchallenged.”

Maitlis added that “the checks and balances on the executive, the role of the judiciary or the civil service, a media free from interference or vilification – now appear vulnerable” and added that politicians are now moving “in directions that are deeply and clearly deleterious to basic democratic governance.”

While much attention was paid to the UK political arena including the effects of Brexit and the more recent race to become prime minister, the former BBC journalist also pointed to examples of the “populist rhetoric” being used to discredit journalists, turning them into “a sophisticated form of ‘soft censorship’.”

In her speech, titled Boiling Frog: Why We Have To Stop Normalising The Absurd, she said: “Populism – make no mistake – is not a traditional “ism” of ideology. It’s not Marxism or Reaganism; it has no adherence to a set belief or policy.”

She continued that it is “frequently… a method of campaigning, often in the guise of the underdog. And once in power – in government – it continues to campaign. Picking imaginary fights to assert its struggle. Even though it is now demonstrably and undeniably the ‘top dog’, not the underdog.

“The way populism works – on us as journalists – is to seek to somehow divide us from the public. To make us feel that we are not ‘of the people’. That those in power are the only ones that can understand ‘normal folk’. And that we – the media – are somehow getting in the way of that relationship between the people and their government.”

Maitlis said there was “catching up” to do, adding that journalists needed to “show our workings more” and “give names to the populist playbook tricks we encounter”.

She highlighted that “just as we now understand that when we hear the phrase ‘fake news’ we should see it through Trump’s own definition – a conscious attempt to discredit and demean – let’s not turn ourselves inside-out wondering if it’s true. The more we recognise these tropes as old, slightly sad and malign friends, the better equipped we are to call them out.”

Thirdly, she said, journalists should “move away from cellophane-wrapped formality, to lift the curtain on why things happen, how we choose our stories and how we book our guests” as she said she plans to do with her new venture at Global.

Maitlis also suggested Tweets should be held to the same standard as press releases when it comes to publication and said that as “mediators between the actions of those in power and the public”, journalists should consider “how we live up to that responsibility in a way that is both fair and robust.”

She closed the lecture asking: “Our job is to make sense of what we are seeing and anticipate the next move. It’s the moment, in other words, the frog should be leaping out of the boiling water and phoning all its friends to warn them. But by then we are so far along the path of passivity, we’re cooked.”