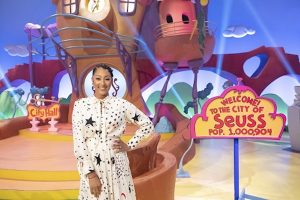 Amazon Prime Video has greenlit Dr. Seuss Baking Challenge, a culinary competition show inspired by the works of the US author and cartoonist.

The show invites America’s best bakers to step into the world of Dr. Seuss. From The Grinch to The Cat in the Hat, these bakers will use their imaginations to craft creations inspired by beloved Dr. Seuss characters. Hosted by Tamera Mowry-Housley, in each episode bakers will be given a challenge based around Dr. Seuss characters and stories, and their work will be judged by Clarice Lam and Joshua John Russell based on taste, creativity, and storytelling.

Produced by NEO Studios, the series will debut on 23 September and will follow members of Leeds United’s Thorp Arch academy during the 2021-22 campaign, and give an insight into the highs and lows of young players as they make their way in the professional game.

Anouk Mertens, NEO Studios’ Global CEO, said: “NEO Studios previously shone a light on one of English football’s great institutions in our acclaimed and award-winning documentary Leeds United: Take Us Home. We’re thrilled to return to the club, providing unparalleled access in uncovering the skill, dedication, and occasional luck required for young players to make their mark in an elite team in the world’s most watched football league.”