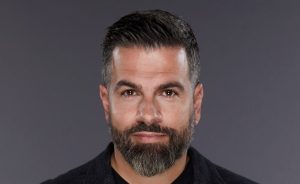 Amazon has promoted Ryan Pirozzi to head of its ad-supported streaming service Freevee.

Pirozzi, who stepped into the position yesterday, previously served as co-head of content and programming for the streamer, alongside Lauren Anderson.

Pirozzi took up his previous role in February 2020, in which he oversaw a slate including Freevee originals such as Bosch: Legacy, UNINTERRUPTED’s Top Class: The Life and Times of the Sierra Canyon Trailblazers, and Bug Out.

He has been with Amazon for almost 12 years, having previously served as head of worldwide TV and film licensing at its SVOD service Prime Video.

Prior to Amazon, the exec served as director of video at US electronics retailer Best Buy and provided economic analysis for consulting firm Booz Allen Hamilton and the United States Air Force, in which he held the rank of captain.

Freevee rolled out in Germany earlier this month, its second international launch following the UK last year. The service initially launched in the US in 2019 as IMDb Freedive, before rebranding to IMDb TV, and eventually Freevee in April.

The streamer committed to growing its originals slate by 70% this year, following its rebranding and in May announced a slew of new originals and pickups on existing shows, across both scripted and unscripted.