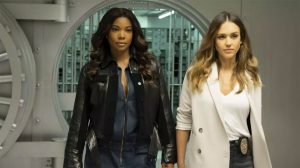 Spectrum Originals, the US content brand behind dramas such as Joe Pickett, is to close as parent telco Charter Communications exits the original programming business.

The move comes just a month after Sony Pictures Television appointed Katherine Pope, the head of originals at Spectrum Originals, to take over from the outgoing Jeff Frost as president.

The decision was reportedly made due to rising production costs and strategic shift toward streaming video.

The process of winding down originals will not be immediate and some of the shows may still air on the company’s on-demand service Spectrum TV, while the rights may also revert to producers so they can find new homes for their shows.

Other Spectrum Originals include crime comedy LA’s Finest, thriller A Spy Among Friends and sci-fi series Beacon 23 and the company is expected to explore scheduling and distribution options for all of them in the coming weeks.

The news of Spectrum Originals closure was first reported by Deadline.