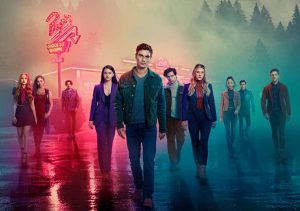 US local broadcasting group Nexstar Media Group is to acquire a 75% majority stake in The CW network.

Warner Bros. Discovery and Paramount Global, the current co-owners of The CW, will each retain a 12.5% stake in the broadcaster and will continue to produce original, scripted content for the network.

Nexstar, together with its partner stations, is the nation’s largest local television broadcasting company and claims to be the largest CW affiliate group with 37 CW and CW Plus affiliates, including affiliates in five of the top ten US ‘designated media markets’ or DMAs, accounting for 32% of the Network’s national reach.

Nexstar said the acquisition would solidify its revenues as the largest CW affiliate, diversify its content outside of news, increase its exposure to the national advertising market, establish it as a player in the burgeoning AVOD market and improve The CW’s ratings, revenue, and profitability, by prioritising programming for Nexstar’s broadcast audience.

Mark Pedowitz will continue to serve as The CW’s chairman and CEO, with responsibility for day-to-day operations. The transaction is expected to close in the third quarter.

The CW is home to series including Riverdale, Dynasty and the ‘Arrowverse’ franchise, including shows such as the recently cancelled The Flash.

News of a potential sale of The CW first emerged in January, when the Wall Street Journal reported that a pre-merger WarnerMedia and pre-rebrand ViacomCBS (now Paramount), were exploring options. Nexstar was named at the time as a potential suitor for the network.

Perry Sook, Nexstar’s chairman and CEO, said: “Our acquisition of The CW is strategically and operationally compelling, as it will enable us to leverage our operational experience to improve the network’s performance through our management of this powerful national platform. We plan to apply the same strict financial standards to operating The CW as we apply to our other businesses.”