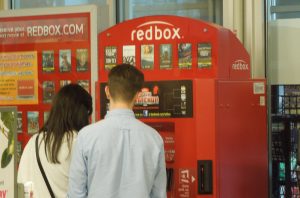 Chicken Soup for the Soul, the owner of Crackle, has completed its $375m acquisition of FAST and DVD rental operator Redbox.

Chicken Soup said that the acquisition – which gives it a 76.5% ownership of the combined company – will expand its footprint in the growing free ad-supported television (FAST) space. Redbox shareholders will own the remaining 23.5% of the new company.

The merger was approved by Redbox shareholders on 9 August, with existing shareholders set to receive a fixed exchange ratio of 0.087 of a share of class A common stock of Chicken Soup per Redbox share.

Redbox currently operates 36,000 DVD rental kiosks around the US, while Chicken Soup will add around 11,000 films and series to its catalogue of 40,000-plus titles and 145 FAST channels.

Chicken Soup will assume $325m in debt and $50m in Chicken Soup for the Soul stocks which were already owned by Redbox.

William J. Rouhana, Jr., chairman and CEO of Chicken Soup for the Soul Entertainment, said: “This acquisition gives us immediate scale, growing our film and television library to over 51,000 assets, establishing a broad complement of AVOD, TVOD, and FAST channel services, reaching millions of viewers across dozens of platforms, and adding Redbox’s 36,000 kiosks nationwide, with a customer loyalty program that has over 40 million members.”