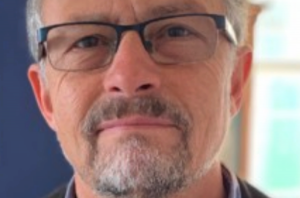 Shearman, whose credits as a commissioner include The London Markets, Bruce Parry’s Arctic and Nature’s Microworlds, will work with the firm to help enable its growth.

In 2019, Shearman joined Cardiff-based indie Wildflame Productions to expand the indie’s factual offering in the UK and international markets. He has also worked at UK indies including Tiger Aspect, RDF and Keo, and as a freelance executive he produced the first series of The Supervet (Blast! Films/C4), John Bishop’s Australia (Lola/BBC1) and The Billion-Pound Hotel (Rize/C4).

“With Sensethefuture Pictures continuing to show that its unscripted series slate of specialist factual programmes and documentaries has global appeal in the international market, Nick brings a wealth of talent and factual experience and will be an asset to our expanding team,” said the firm in a statement.

Founded by CEO Teresa Potocka, Sensethefuture Pictures “operates at the intersection of history, crime and science in the unscripted space extending to current affairs and formats with global appeal.” In 2019, the firm made its first literary option, taking the adaptation rights to award-winning novel Solar Bones from Irish author Mike McCormack.