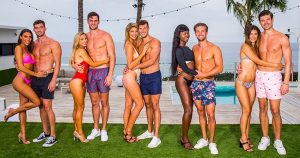 Silverline will produced the Greek version of the ITV Studios and Motion Content Group format, which will debut this fall.

Greece becomes the 23rd territory to commission the format, with the US version this week revealed to be the most streamed unscripted original on NBCUniversal-owned streaming service Peacock. The UK version, meanwhile, last week concluded its eighth season on ITV2.

The format, which is distributed internationally by ITV Studios, follows a group of singletons in a stunning villa in a beautiful location. They are on the lookout for romance but as always, the road to love never runs smoothly, as they must not only choose their partner wisely but also win the hearts of the public.

It’s up to the viewers to decide who they want to stay in the show as they watch the relationships develop and ultimately which pair they want to crown the hottest couple on the island.