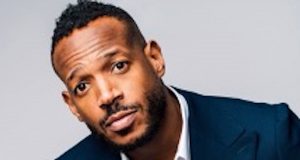 US network Starz is in development on Book Of Marlon, a new comedy series co-written, exec produced by and starring Marlon Wayans as a fictionalised version of himself.

The half-hour series explores Wayans professional life as a comedian and actor, as well as his personal life as he attempts to reconcile being a good person and loving father with being Marlon.

Diallo Riddle and Bashir Salahuddin, creators of Sherman’s Showcase and South Side, have been tapped to serve as showrunners through their overall deal with Warner Bros. Television.

They will executive produce along with Wayans, Rick Alvarez and 3 Arts Entertainment’s Michael Rotenberg. Wayans, Riddle, Salahuddin and Alvarez will co-write the pilot episode.

Marlon Wayans is a US actor, producer, comedian, writer and film director. He can next be seen in Netflix’s upcoming The Curse Of Bridge Hollow, which he produced and stars in, and recently appeared as Ted White in MGM’s Aretha Franklin biopic, Respect, opposite Jennifer Hudson.

“We are beyond thrilled to develop this sophisticated and hilarious series with Marlon, Diallo, Bashir and Rick, who each bring their own level of artistry and authenticity to everything they touch,” said Kathryn Busby, president of original programming at Starz.