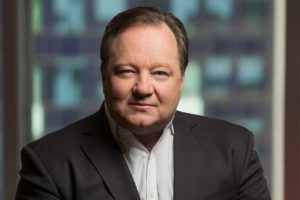 Paramount posted a 19% rise in revenue in the second quarter on the back of what it described as strong showing in filmed entertainment and direct-to-consumer growth.

The company saw its direct-to-consumer base rise to 64 million, including the removal of 3.9 million Russian subscribers after it shut down its service there.

Direct-to-consumer revenue amounted to US$1.2 billion for the three months to June, up 56%, while filmed entertainment, led by hit Top Gun: Maverick, rose by 126% to US$1.4 billion.

TV and media revenue was meanwhile close to flat, growing by 1% to US$5.26 billion, helping take total sales to US$7.8 billion.

“Paramount continues to build momentum with the assets, strategy and ability to compete—and win. In Q2, we grew total company revenue by 19% and took market share in streaming, in broadcast TV, in box office and in upfront dollars, all while increasing our penetration of the most important growth market in media—streaming,” said president and CEO Bob Bakish.

“At the heart of that growth was our hugely popular content—from the cultural phenomenon and number one movie in the world, Top Gun: Maverick, to the most popular show in the country, Yellowstone. Our deep and growing library of valuable IP, coupled with the strength of our best-in-class assets, ensures we are well-positioned to continue to maximize value for our shareholders.”