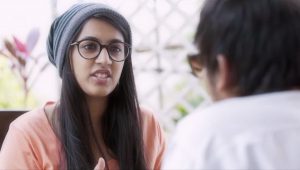 Streaming services are driving improved gender representation in India both in front of and behind the camera, according to a new report.

Its key findings included that women have low representation behind-the-camera, with only 10% head of department positions across key divisions such as production design, writing, editing, direction and cinematography, held by women.

In media and entertainment corporate houses, only 10% of senior leadership roles were held by women, which the report said has a “cascading effect on inclusivity through the production and execution chain.”

The report found, however, that the percentage of female heads of department doubled when a woman greenlit a series or a film. Similarly, a higher percentage of films passed the Bechdel Test (68%) and women had higher trailer talk time (35%) if the title was commissioned by a woman.

Aparna Purohit, head of India originals at Prime Video, commented, “While there have been improvements in female representation in Indian entertainment, there hasn’t been any data-backed report in India that can hold a mirror up to the current reality. O Womaniya! 2022 fills the much-needed gap with its rich insights.

“The report serves as a good starting point to initiate discussions on the need to involve more women, particularly in decision-making roles, as that has a ripple effect on inclusivity in the entire ecosystem. Change has to be persistent and intentional, and we need to take constant steps to improve these numbers year after year.”