TMZ Presents Johnny vs. Amber: From Love To Hate

A slew of global broadcasters has acquired the documentary special TMZ Presents Johnny vs. Amber: From Love To Hate, following deals with distributor Propagate International.

The special, which originally aired on FOX in the US in June, explores highlights from the relationship of actors Johnny Depp and Amber Heard, which culminated in a recent trial that caught the attention of the world.

TMZ Live, the live-chat program featuring Harvey Levin and Charles Latibeaudiere, and TMZ on TV, the entertainment newsmagazine series, have also been licensed to ETV in South Africa. 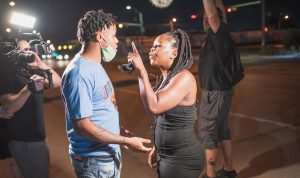 The reality series follows people who think their significant other is cheating on them as they hire the Cheaters Detective Agency – a hidden camera crew – to investigate their suspicions.

Max Einhorn, SVP of acquisitions & co-productions, said: “There is no better drama than reality TV and no better guilty pleasure than the binge-worthy series Cheaters. As traditional television viewing continues to migrate to streaming, so should this long-running fan favorite.”