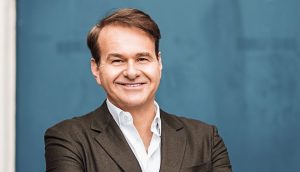 The acquisition, which remains subject to regulatory approval, will see Astrid Quentell and Mirek Nitsch remain in position following the takeover of the Cologne-based firm.

Its output includes shows including Die Höhle der Löwen on Vox, RTL dramedy Der Lehrer and ZDF crime series, Heldt. The company is also prepping a new version of Wheel Of Fortune, to be known as Glücksrad, for RTL Zwei.

The deal comes weeks after TBI revealed that Banijay was on the brink of closing a series of deals across Europe that are set to expand its scripted offering. It also follows the exit of Kerstin Gühne, who left SPT in April following spells as MD and SVP of sales & distribution for its German operations. She is now at A+E Networks.

“We have always believed in maintaining the independence and individuality of our labels in order to shape the future of entertainment together, and with the power of this group behind them, we have every confidence, the company will thrive in its new home.”

Quentell said: “Under a new flag, so to speak, and with a great tailwind, we will be able to continue and expand our successful, and always exciting, history with our entire team.”

Marco Bassetti, Banijay CEO, added: “With Astrid and Mirek, we have a proven duo who can develop high-quality shows that thrive locally and have the universality to tap into audiences globally. They are a very welcome and complimentary addition to our expert-led German operation.”

Banijay Germany employs more than 1,200 staff and is behind shows such as Tatort Dresden, Schlag Den Star (Beat the Star), Wer wird Millionär? (Who Wants To Be A Millionaire?) and Kampf Der Realitystars (Battle of the Reality Stars).

It houses more than 20 labels, including Good Times Fernsehproduktion, Endemol Shine Germany, MadeFor, SR Management, Only Good People and Brainpool, with subsidiaries such as Raab TV and Lucky Pics.

SPT Germany mark the latest addition for Banijay, following the deal for Romulus producer Grøenlandia Group in Italy in March and 30 Coins producer Pokeepsie Films. The company’s debts were restructured earlier this year after a financial rejig that saw owner Stéphane Courbit take the company public.