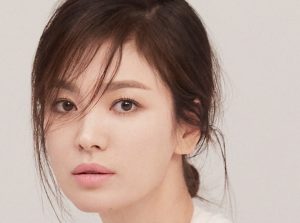 Lene Børglum and Christina Erritzøe produced via NWR Originals. Production took place in Denmark, with the series now having wrapped filming and set to launch globally on Netflix later this year. It was written by Sara Isabella Jønsson, Johanne Algren and Mona Masri.

“Collaborating with Netflix and bringing this show to life has been an absolutely wonderful experience on all levels. I not only perceive them as my partners with many future adventures to come, but also as my friends. The new term has been born: Netflix Winding Refn,” commented Refn.

Meanwhile, Descendants Of The Sun star Song Hye-kyo and screenwriter Kim Eun-sook have reunited for The Glory, a new drama series about a woman who lives for absolute revenge against the childhood bullies who destroyed her life.

Song Hye-kyo plays Moon Dong-eun, a rage-filled woman keen to inflict the ultimate comeuppance on those who tormented her — as well as those who didn’t lift a finger to help. Lee Do-hyun also stars as Joo Yeo-jeong, a man with a secret past, while the series is directed by Ahn Gil-ho (Happiness, Memories Of The Alhambra).