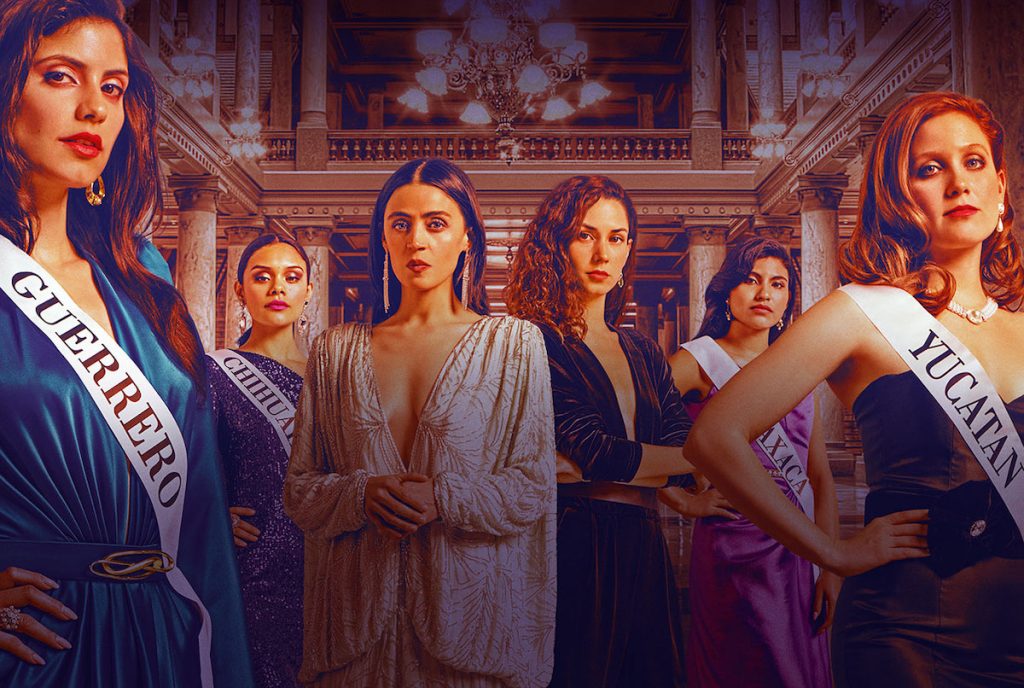 Both shows will launch in the UK later this year, with the 8 x 60-minute Señorita 89 delving behind the curtain of Latin America’s beauty pageant culture in the 1980s, where hidden amongst the laughter, lights and glitter lurks a dark and disturbing world.

Created and directed by showrunner Lucia Puenzo, the series follows budding beauty queens from all over Mexico as they gather at an imposing ranch deep in the forest, where they must stay for three months in a bid to be crowned the next ‘Miss Mexico’. The stakes are raised by intense training sessions, strict diets – and even clandestine surgeries. But when one of the girls is suddenly found dead, the police are called in to investigate, throwing new light on a relentless regime of manipulation and mistreatment.

Executive produced by Juan de Dios Larrain, Pablo Larrain, Angela Poblete and Mariane Hartad from Fabula and Christian Vesper from Fremantle, the series originally launched on Pantaya in the US and Puerto Rico and on StarzPlay in Spain and Latin America.

Meanwhile, the 6 x 60-minute German-language series KaDeWe – Our Time Is Now is produced by Constantin Television (We Children From Bahnhof Zoo) and UFA Fiction (Deutschland 83/86/89), in in co-production with ARD Degeto and RBB.

Directed by Julia von Heinz, the drama follows four progressive and ambitious young friends as they go in search of self-fulfilment in the 1920s – a time of upheaval, reinvention, dog-eat-dog survival and liberating new opportunities for women. They all swear an oath of allegiance in the pursuit of individual and collective happiness, but when the Nazis sweep to power, the Jewish-owned store where they work is threatened, along with their friendship and hopes for the future.

The series is produced by Sarah Kirkegaard and Alicia Remirez, while the executive producers are Oliver Berben and Benjamin Benedict. Von Heinz also wrote the screenplay together with John Quester, Sabine Steyer-Violet and Oskar Sulowski.

Sue Deeks, head of programme acquisition at the BBC, commented: “Señorita 89 and KaDeWe are examples of incredible international talent, both in front of and behind the camera. They each have their own unique flavour, but both are truly remarkable – we are delighted to bring them to BBC viewers.”