AMC-backed Shorts International has appointed former WarnerMedia and Mediapro Group exec Ian Carrasco as VP of EMEA and Lat Am.

London-based Carrasco will be responsible for growing the company’s short film network, ShortsTV, across those territories and overseeing the rollout of the Shorts and Cortos-branded FAST channels, which have already been launched around Europe via deals with Samsung, LG, Rakuten and Pluto TV, and offer short content such as comedy Six Shooter and animation One Small Step.

Carrasco will also develop a strategy to bring the ShortsTV+ app to market, identifying additional customer acquisition and partnership opportunities, and grow ShortsTV’s linear channels, ShortsTV and TVCortos, in the regions.

The role will see him take final co-responsibility for all ShortsTV activity and products in EMEA and Lat Am, including content acquisition oversight, programming, marketing, and brand development. 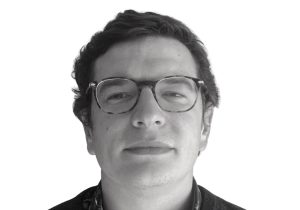 He arrives at Shorts International following the exit of Valerio Motti, the company’s EVP of EMEA & Lat Am and global head of streaming last week, after he was appointed as VP of FAST channels at Fremantle, as exclusively revealed by TBI.

Carrasco joins from a five month stint at Mediapro Group’s Gen Z-focused platform and pay-TV channel UBeat, where he served as head of international business development.

Prior to that, he spent eight years at WarnerMedia in Spain, most recently as distribution & business development manager, where he oversaw the company’s pay-TV channels and non-linear services distribution strategy, working on brands including CNN and Cartoon Network.

“[Carrasco] joins us just as global consumption of the highest quality short entertainment is red-hot and will provide invaluable expertise to assist us in rolling out our TV, OTT and FAST channel services on the leading global platforms,” said Shorts International CEO, Carter Pilcher.

“European and Latin American consumers have a huge appetite for high-quality short form content. There is a significant opportunity to expand the ShortsTV/TVCortos footprint in the regions as we work with our growing group of strategic partners to bring their audiences exactly the content they want,” added Carrasco.